Triathlon and Ironman Talent and Identification – Profile of Elite Triathletes

I presented a seminar about triathlon talent few years ago. This article is summary of that. Please ask if you have any question.

Triathletes are known for endure continuous physical exercise for many hours, at an optimal pace without creating fatigue.

Weekly training averages of 10,5 km swimming, 304 km cycling and 72 km running in a population of experienced male and female.

Triathletes compete in three sports often over ultra endurance distances. Physical and physiological characteristics that are a blend of those seen in endurance swimming, cycling and running specialists. This does not imply that all successful triathletes will be the same shape and size

Both elite and sub-elite male triathletes are similar in height to specialist cyclists, but tend to be taller than the specialist runners and shorter than specialist distance swimmers. 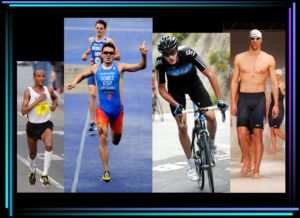 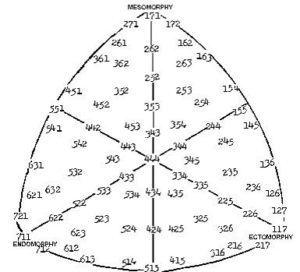 Success in athletics is a combination of genetic, environmental conditions, psychological desire and condition and specialized training. Somatotype is probably one of the factors that predispose the individual to potentially high achievement.

Elite triathletes are generally tall, of average to light weight and have low levels of body fat

Smaller triathletes may perform better over courses involving a draft-legal cycle course because of a lower gravitational force to overcome during both the cycle and running stage and larger athletes may excel in flatter, non-drafting cycle courses.

Body fat percentages of triathletes most closely resemble those of cyclists.

Between cyclists and triathletes, no significant difference was found between the two groups in any of the anthropometrical variables measured, namely; height, mass and the sum of five skinfolds (Laursen, P. B. et al 2003).

to successful swimming outcome The “segmental lengths” factor is important for performance prediction as these body measurements are directly related to the motor processes of stride, stroke length and frequency, where long limbs allow for greater economy of effort. 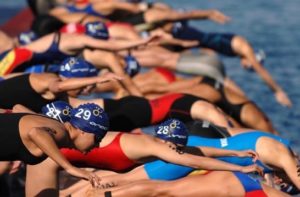 Among athletes, swimmers are taller and heavier. successful distance swimmers being smaller and lighter than swimmers in shorter distances such as 100m and 200m events.

The open water swimmers(5km-25km) were shorter and lighter than the pool swimmers. 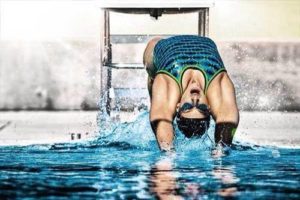 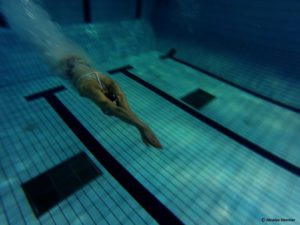 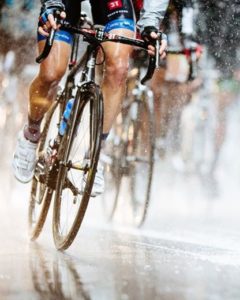 Elite cyclists are categorized by high VO2max values even higher than triathletes. 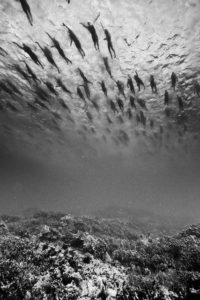 VO2max values of Ironman were equal to or greater than those of swimmers and somewhat less than what is typical of elite cyclists and runners.

Have questions about this?

I’m always checking on my new blog for new comments…

So if you need help solving your training problems, feel free to comment and I’ll pop back on and answer them as soon as possible!

A Simple Way to Find VO2max for Cycling